The People of God

Having been enamored by the Greek language in which the New Testament was penned, I am ever amazed at the artful mastery of the Apostles in how that they arranged their words to convey the in-exhaustive depth of meaning in the message of the Gospel to the Lord’s Church.

1 Wherefore laying aside all malice, and all guile, and hypocrisies, and envies, and all evil speakings,

2 As newborn babes, desire the sincere milk of the word, that ye may grow thereby:

3 If so be ye have tasted that the Lord is gracious.

4 To whom coming, as unto a living stone, disallowed indeed of men, but chosen of God, and precious,

5 Ye also, as lively stones, are built up a spiritual house, an holy priesthood, to offer up spiritual sacrifices, acceptable to God by Jesus Christ.

6 Wherefore also it is contained in the scripture, Behold, I lay in Zion a chief corner stone, elect, precious: and he that believeth on him shall not be confounded.

7 Unto you therefore which believe he is precious: but unto them which be disobedient, the stone which the builders disallowed, the same is made the head of the corner,

8 And a stone of stumbling, and a rock of offense, even to them which stumble at the word, being disobedient: whereunto also they were appointed.

For the reason since that we have been divinely acted upon to partake of the kindness of the Lord, as newborns, we desire the sincere and sweet Word of Christ by which we ‘of the faith’ grow in grace and are nourished to life eternal.

Thus we can glean from Peter’s once again masterful arrangement of the prose of the day, that he is artfully setting up the passage to address specifically those whom have been caused to taste of the Lord, and more definitively those whom were appointed not unto darkness but rather the light because that they were specifically chosen of God, at a specific and unspecified time in the past, and hence now, at this juncture, are caused to desire the Word of God.

For we see that as the passage continues, a definitive contrast is made between the Lord, His house and His people, and those in verse 8 who were ‘appointed’ unto a life of disobedience, being offended, and  stumbling at Christ and His Word, (τίθημι : títhēmi ( G5087 ) in the Aorist Indicative Passive tense).

The same Word of God which provides rest and Life eternal to the child of God, is equally as confounding to those who cannot understand for a lack of mercy.

9 But ye are a chosen generation, a royal priesthood, a holy nation, a peculiar people; that ye should show forth the praises of him who hath called you out of darkness into his marvelous light:
10 Which in time past were not a people, but are now the people of God: which had not obtained mercy, but now have obtained mercy.

Consider in verse 10 this act of mercy (ἐλεέω : eleéō ( G1653 ) meaning to show mercy, to show compassion, extend help for the consequence of sin, as opposed to sklerunomai (G4645), to be hardened.)

Mercy is compassion extended to someone who is undeserving and guilty.

Hence the beautiful conclusion of the thought; we are now a people who have been chosen of God to obtain mercy by the divine act of a Sovereign God.  We, being born again and called to desire God’s Kingdom and his Word.

Had mercy not been extended, the only possible alternative is a destiny to be hardened even further, as is that of those not chosen of God, and left unto themselves.

I am ever thankful, and rejoice daily for the mercy which has been freely gifted and bestowed upon us, in that we have not been left unto our own system of salvation, but rather have been given the gift of participation in the Lord’s chosen way to save us, and share in His sufferings which He bore for us that precious day 2000 years ago…

Thanks for joining in, 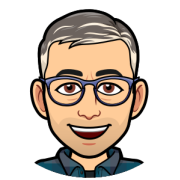 "I am passionately curious individual, and for this reason I seek any and all opportunities to learn and experience each day of Life as it is so graciously given to me."

Having attended post graduate studies, at Emmanual Theological Seminary, Basil also has post graduate degrees including a Master of Science in Divinity and a Doctorate in Ministry. These educational experiences has lead Basil to study the intricacies and frailties of the Human experience from many viewpoints including faith, religion, politics, and philosophy. Having an extensive background from working many years in computer and internet driven industries capacities varying from Network Design engineer, Information Technology Director, and Chief Information Officer, Basil is also selectively available for hire for part-time engagements in business consultation, website design and development of small business internet marketing strategies. Basil lives in the Charlotte, North Carolina area with his Family: Janet wife of going on 25 years, two adult sons, Alek and Aaron, and two fun dogs, Benji and Baxter. Hobbies include, Reading, Bible Study, enjoying Music and Motion Picture, and social fellowship and interaction. Basil also operates a personal opinion Blog @ www.baztalk.com, from which he actively expresses his discovery of life and opinions on living.